One of the most popular destinations of goods import is Asian countries, especially China 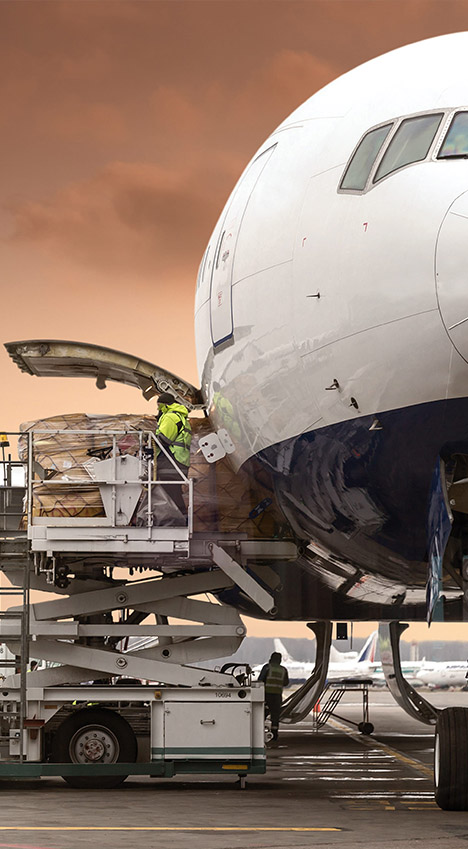 Our company specializes in popular destinations of goods import from Asian countries: Korea, Japan, and China. Air delivery is accessible for all destinations. We work with different volumes of cargo, including small shipments.
In case of small shipments of goods in the volume of less than a 20-foot container we will consolidate your shipment into consolidated cargo (LCL). We have development convenient ready packages of logistic solutions for large volumes. To learn more contact our specialists.
In cargo carriage by air we render the services of forwarding, customs clearance, delivery of shipments to your warehouse.

About pluses of cargo carriage by air

Air transportation from China will be the most expensive way of delivery but at the same time the fastest possible one. Delivery by plane generally takes about 5-7 days only. For comparison: the average period of arrival of shipments by other modes of transport makes from three weeks to a month and a half.
Whether it is worth incurring higher costs certainly depends on the particular situation. In any case there are ways to decrease expenses. We have an individual approach to the client’s tasks while direct agreements with operators allow costs reduction. If you have plenty of time for cargo delivery, you can consider the alternatives.

Alternatives of cargo transportation by air

To reduce costs multimodal schemes are usually used. The logistic chain may include marine container carriers, truck trains, and railway transport.
The second best in terms of cargo transportation speed after a plane is dispatch from China by rail. Cargo goes along the Chinese Eastern or Binzhou line, then along the Trans-Siberian railway line as far as Moscow. The average delivery time is a bit more than three weeks.
Coming third in terms of speed is the combination of dispatch by sea to the port of Vladivostok and further transportation along the Trans-Siberian railway.
Delivery to remote ports takes more time. When the cargo make the greater part of the way by sea, it is transported from Chinese ports: Guangzhou, Xiamen, Ningbo, Shenzhen, Fuzhou, Shanghai and others to ports of Baltic countries, Finland or Russia: Ust-Luga, Saint Petersburg or Novorossiysk.
Although most of the said ports, including the Big Port Saint Petersburg, are situated in northern latitudes, as distinguished from passenger navigation freight navigation is all-year-round: the approach channels in the water area are cleared by icebreakers. There are no seasonal restrictions on cargo delivery by sea.
Upon arrival at the port depending on the particular transshipment point the cargo is transported by a truck train and more often by railway.
The longest way of cargo import from China is the logistic chain including dispatch by sea from China to the port of Vladivostok and then by a truck train to the destination.
Our specialists will help you to prepare a logistic scheme with a comfortable relation of time and financial expenditures. You can ask all the questions of interest right now:

The trade turnover of China with St. Petersburg keeps growing: over the first half-year it increased by 11.5% compared to the same period in 2016. Last year the trade turnover was 5.2 bln. USD.
An interesting trend of the recent two years is the growing export of Russian goods to China. Though the balance is still not in our favor so far, import prevails almost fourfold. However, if you think about export to the Celestial Empire, our specialists are at your service.